The speaker Audrey Gauthier was part of the previous event. To review the most recent speakers list, click here.
View All Speakers 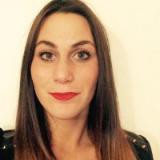 After earning a masters in business, Audrey began her career in Ecommerce at La Vie En Rose. She joined the ALDO Group in 2013 as the Ecommerce Manager for their Little Burgundy division. Her omni-channel vision allowed her to quickly rise to the role of Marketing and Ecommerce Director in 2015, overseeing both digital and brick-and-mortar marketing, as well as managing a team of designers. She recently have been promoted to Vice President of Marketing and Ecommerce for Genesco who acquired the Little Burgundy division in December 2015.

Check out the incredible speaker line-up to see who will be joining Audrey.