Here's Why Walmart Is Investing Big In Silicon Valley

Walmart may be the biggest company in the world, but its new ecommerce innovation is to set up shop in Silicon Valley, and invest in startups and entrepreneurs.

Walmart Discount City store was first opened by Sam Walton in 1962. From these humble beginnings, the company grew rapidly, becoming incorporated as Walmart Stores Inc. in 1969, and going multinational during the 1990s.

Since that time, Walmart has grown to become the world's largest company . It's revenue of approximately $485 billion places it at #1 on the Fortune 500 . However, maintaining its position at the top means constantly looking for new and innovative ways to keep its business network ahead of the curve. With ecommerce being an increasingly popular method for consumers, Walmart has needed to look outside its retail store roots for ways to connect with its base.

In 2017, Walmart announced it was launching Store No.8 , a Silicon Valley-based ecommerce investment firm with a mission focused on incubating new startups and entrepreneurs. Store No.8 will enable Walmart to provide these startups with the capital and support they need to become successful. Appropriately, given its Silicone Valley location, Store No.8 will have a strong focus on futuristic technology, such as in-store drones, beacon technology, and virtual reality (VR) enabled shopping.

"It's going to look like just any startup," says Marc Lore , CEO of Walmart U.S., and Founder and CEO of Jet.com . "We'll have somebody come in, they will be founders of the business and hire their team and build a business with the backing of the largest company in the world." 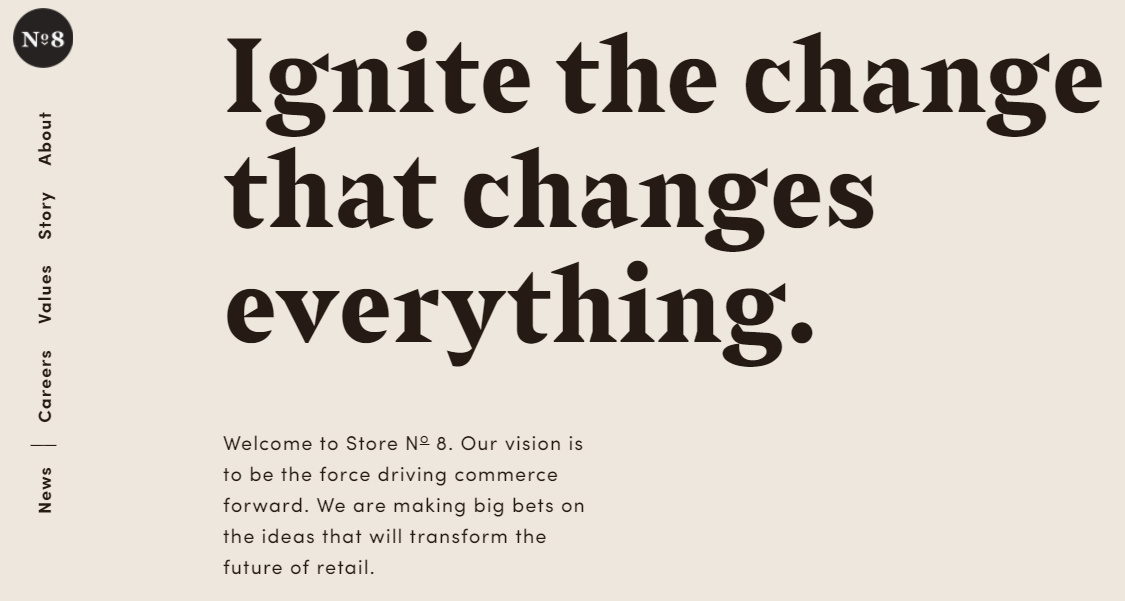 The name - Store No.8 - is a nod to an Arkansas location, where Walmart founder Sam Walton was known to experiment with innovation. "These businesses will run just like any other startups, but will be ring-fenced by the rest of the organization and backed by the largest retailer in the world." Lore says.

As of January 2018, Store No.8 has successfully launched its first three startups, with two more in the pipeline for later in the year, suggesting the center is succeeding in its mission to preempt disruptive innovations from ecommerce giants such as Amazon.

"I don't think it was just Walmart's size that enabled us to do it," says Lori Flees , Walmart Senior Vice President of Corporate Strategy. "It came down to senior leadership team taking the view of being where retail is going over the next 20 years and which areas we need to lead in, so we can disrupt rather than have others disrupt us. We need to be disrupting ourselves and our business, leaning into those technologies that will disrupt earlier, rather than later."

Thus far, Store No. 8 has launched online personal shopping service Code Eight - which is being led by the founder and former CEO of Rent the Runway Jennifer Fleiss - and Project Kepler , led by Co-founder and former CTO of Jet.com Mike Hanrahan. A new and secret venture, dubbed Project Franklin, will be headed up by former CEO and Co-founder of Wim Yogurt , Bart Stein.

"While we're driving to go fast, building everything ourselves is not always the right strategy," said Flees. "It's a combination of knowing what you need to own in terms of intellectual property and where you need work with others to go faster. For example, we partnered with Google on their natural voice processing technology. We figured we'd get faster to market working with them than building our own, but we have enough capabilities in-house to make it seamless for our customers."

Walmart is doing a great job so far of leveraging the power of innovative startups to augment its own ecommerce presence. With a ton of new technology and ideas coming out of Store No.8, it remains to be seen what the future holds for the retail giant when it comes to operating in the online space.

"We bought a company that was pulled into Store No. 8, and started another the end of last year. We'll start another this year. That makes four, and there will be five by the time our next financial year starts. We also have a couple of ideas that we're not ready to start yet."

You can hear Walmart Canada's Vice President of Omnichannel and Online Grocery, Daryl Porter, speak at eTail Canada 2018 in May, at the Hyatt Regency, Toronto, ON.